By admin On April 26, 2015 In Keurig 628 views
★★★★★
Why I Love The Keurig 2.0,5 / 5 ( 1votes )
It doesn’t matter how good or how new or how innovative a coffee brewer is, there will always be both enthusiasts and detractors. Full disclosure, I’m an enthusiast and also… I love coffee, so doing this review was pure heaven.
The main feature and the one that has me shouting, “Halleluiah” is the fact that now I can finally brew an entire pot of coffee should the need (or desire) arise, and I can do so at the touch of a button. The Keurig 2.0 is easy to use, very quiet and of course, should I only want a single cup, that is still an option as it should be.
Detractors:  As this is written the Keurig 2.0 uses a scanner to stop bargain-branded cups, including some of their own older labeled Vue Packs, but I understand this will soon be corrected, so I’m not going to spend a lot of time on that.
The Keurig K500, or Keurig 2.0 has the proud distinction of being among the first of single-serve brewers from Green Mountain Coffee.  Like its predecessor, it easily brews up a single cup (but who wants only one cup) at the touch of a button, doing so in record time (less than a minute, perfect for us coffee addicts).  But therein the similarity stops, for now you have the option to continue brewing an entire pot using the large-sized K-Carafe Packs.
There is nothing wrong with good business sense and Green Mountain is doing just that by creating a spanking new patent for this brewer. Their previous patent (for the original K-Cup) expired in 2012 opening the road for lower priced knock-offs. This new patent  should keep GreenMountain at the head of pack, at least for the foreseeable future. Since those knock-offs undercut their business model, the new patent had to be substantially different and it is; utilizing a scanner which will brew only (and some don’t like that) Keurig-approved K-Cups. Give it a try using a bargain brand, you’ll quickly see an error message. 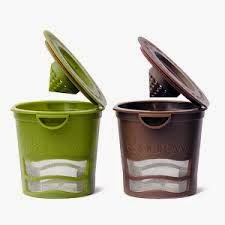 Less Options
The new design/patent does mean that Keurig 2.0 users now has fewer choices than those using older brands, that’s not an issue for me but could certainly be for some. The company is aware of this and (while I don’t sit on the board) I believe is planning to implement design changes in upcoming models.
Design and functionality
While the patent is new (as mentioned) that doesn’t mean they’re throwing out the good with the bad, you’ll still see the same sleek curves and elegant designs that have made Keurig a winner in years past.  It’s not a small machine, likely not suitable for college dorm but perfect if you have a regular sized kitchen and the need (occasionally or often) to brew a full pot.  And it sure does look good sitting on the counter.
The touch screen is familiar, being much the same as previous brewers; it features a color screen, is positioned front and center and is simple to read. It makes brewing a perfect cup high tech yet so easy Grandma could do it. The menu is easy to follow and intuitive, it’s not crowded and was designed not for complexity, but to get you sipping the steaming brew as soon as possible.
FEATURE: The color of the menu can be changed as desired to accommodate the design of the room; the same holds true for the LED than lights up the reservoir.
SIMPLICITY: The actual brewing is drop-dead easy, simply pop in a K-Cup, press the (hard to miss) “Keurig 2.0” button and you’ll soon be smiling and sipping in less than a minute.  And get this, it will KNOW, based on the scanner, whether you’re brewing a single cup or an entire pot.
That said, and in order to take the brewing one step further, there is a slot at the base that (once again) tells the Keurig 2.0 exactly what you’re wanting to brew. How? Simple, when you want a full pot, you’d pull out the single tray, replacing it with the K500’s very own carafe, which has its own tab/slot, ensuring there is no misunderstanding. This is subtle but ensures you won’t (or can’t) brew an entire pot unless there is actually a carafe in place (no more mess if you forget).
CUSTOMIZING YOUR CUP: You can customize the size of your cup (from four to ten ounces) allowing a perfect brew to your satisfaction, plus you can adjust (by the press of a button) whether the brew happens at normal or slow speed (for a stronger brew). They didn’t design in precise temperature control of the water, which was available previously; hopefully they’ll adjust that in future upgrades. 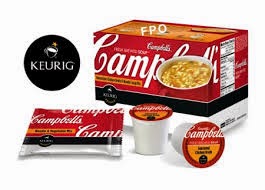 Features
The Keurig 2.0 is quite possibly the best single serve I’ve used.  It’s quieter than previous models, faster by a few seconds and of course the “crem dela crem”, the ability to brew an entire four-cup-pot in under 2 min 30 seconds, faster and certainly less trouble than brewing four single cups.
I also like the fact the new K-Carafe Packs use the same spouted design as the Vue Packs, which is different than K-Cups, which pass water straight through the top and then back out the top through a teapot-like spout. While I’m not sure why, my tests prove (at least to me) that this brews a better tasting cup.
ENVIROMENTALLY FRIENDLY:  That’s not something you’ll hear tossed around when it comes to coffee, but it’s true; the Vue Packs are recyclable and the same holds true for the K-Carafe Packs.  When done, simply peel back the foil topping, pull out the filter and left behind is a #5 plastic housing which can (in most areas) be recycled.  Note: K-Cups use plastic that cannot be recycled.
According to Keurig, the Vue Packs can be used in the K500 – Keurig 2.0. This should prove a step in the right direction to soothe those pesky detractors (but they’re still coffee lovers).  Caution though, be certain you’re buying Vue Packs with updated labels (remember the scanner), this will ensure you can use them to brew a perfect cup with the 2.0.
All in all and the bottom line, Keurig 2.0 is a nifty piece of machinery and while doing tests for this article, I had a fine time and I believe you will too.

Leave a reply "Why I Love The Keurig 2.0" Cancel reply