By admin On March 30, 2015 In Coffee Maker, Keurig 790 views
★★★★★
Keurig 300 vs 350: Which Coffee Maker is Right for You?,5 / 5 ( 1votes )
It’s hard to find a single cup coffee maker that’s better than a Keurig. Keurigs are able to brew delicious coffee, and are incredibly easy to use. However, if you’ve decided you want to buy a Keurig, you still have a few more things to consider: namely, what model of Keurig you want to buy.
For many people, it comes down to the Keurig 300 vs 350. These are two of the brand’s most popular models, and there isn’t a major difference in price. Many people have a hard time determining which one they should buy.
The Keurig 300 is an older model, but it’s still readily available in stores. It’s easy to program, and it can be used with both a standard coffee mug and a travel mug. It also comes with a carafe, allowing you to brew a large amount of coffee if desired.
The Keurig 350 is a slightly newer model, and it has a few features that the 300 doesn’t. The biggest difference between the two is that it has a touch display, which makes it very easy to use. It also has some features that make maintenance easier.
There are a few things that both brewers have in common. For example, both of these brewers are from the Keurig 2.0 line, which means they’re able to brew stronger coffee than a standard Keurig would. They’re also designed to last longer, and are easier to program than previous models. 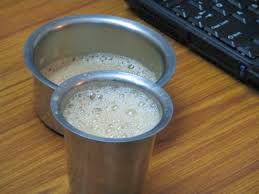 In addition, the 350 has all of the features that the 300 has, from the programming options to the carafe. You should look at the 350 as a slightly upgraded version of the 300. The two are basically the same model of Keurig with a few minor differences.
The price different between the Keurig 300 and the 350 is not significant; you can generally expect to pay about $20 more for the 350. For some people, that small difference in price is more than worth the extra features the 350 provides. For others, the 300 is more than enough.
If possible, you may want to try out both models of Keurig and see if the 350’s extra features are worth paying for. Some people absolutely love the 350’s touch screen, and are more than happy to pay extra money in order to have access to it. Others aren’t a fan of touch screens.
No matter what model you’ll choose, you’ll be able to take advantage of all of the great features that the Keurig has to offer. You’ll be able to effortlessly brew the perfect cup of coffee in a matter of minutes. Because of the programming options that both machines have, you’ll even be able to have a cup of coffee ready and waiting for you when you wake up in the morning.
Stopping at a coffee shop can take a tremendous amount of time out of your day. Even brewing a cup of coffee and preparing it at home can be a big timesink.
But when you have a Keurig, you don’t need to worry about any of that. These models do all the work for you, and make sure that you can start your day off with a cup of coffee that’s brewed exactly to your liking. When you look at the Keurig 300 vs 350, you’ll see that both choices are fantastic.
Both models will give you everything you need to start using and enjoying your Keurig that very day. They come with 4 packs for the Keurig – called K-Carafe packs – and six single pack cups, or K-cups.
While the flavors that are included with the brewer vary, the selection is usually excellent. Keurig make sure customers get a chance to try out their most popular flavors so that they can see what kind of cups they’d like to buy for themselves in the future.
Some of the flavors of K-Carafes commonly included with the brewers include a breakfast blend, a French roast, and a “donut shop” style brew. The brand most commonly offered is Green Mountain coffee brand, but it’s not uncommon to see other brands included as well.
When it comes to K-Cups, there’s even more variety in the flavors offered. Hazelnut blends are very common, as are Italian roasts and bold blends. It’s very common for a brewer to also come with a tea cup, so that buyers can see that there’s more to a Keurig brewer than just coffee. When you consider the Keurig 300 vs 350, you’ll see that you’ll have great drinks to enjoy no matter what. 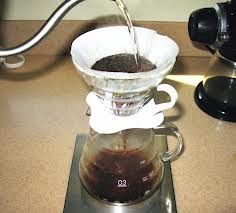 Because Keurig has deals in place with a number of major coffee companies, you may even see Starbucks K-Cups included with your brewer. If you’re a fan of Starbucks coffee, you’ll definitely be enjoy being able to brew it from the comfort of your own home.
There’s really no way to go wrong when you buy a Keurig brewer, especially when you buy one of their 2.0 models. These brewers offer everything a coffee-lover could possibly want, from great-tasting coffee to convenience to various customization options. No matter what model you decide to go with, you’ll love having a Keurig in your house.
So what model should you go with? Ultimately, it comes down to two things: the price, and the touch screen. The touch screen is the biggest advantage that the 350 has. If it’s worth twenty or so dollars to you, then this is definitely the model you should go with.
But if you want to get the best deal possible, or if you’re not a fan of touch screens, feel free to go with the Keurig 300. This is still a fantastic coffee brewer, and you’ll be happy with it even if it doesn’t offer everything that the Keurig 350 does.
There are so many great options available to people who choose to buy Keurig. In the battle of Keurig 300 vs 350, there aren’t any losers; there are only winners. No matter what model you go with, you’re sure to be thrilled with your choice.

Leave a reply "Keurig 300 vs 350: Which Coffee Maker is Right for You?" Cancel reply